With the numerous Irish Diaspora scattered in the four corners of the World, the celebration of St Patrick, patron saint of Ireland, on the 17th of March, has become a global event. Naturally, it is also celebrated in Addis with the annual Irish Ball, a social event so popular in the city that tickets are sold out as soon as they go on sale. 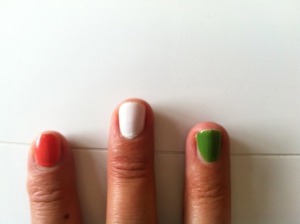 So about 10 days ago (i’m late writing this post!), on the eve of St Patrick’s day, everybody gathered again at the Sheraton hotel, one of the social centres for the Addis’s expat community, to celebrate Ireland to the tune of an Irish band flown in for the occasion and with Guinness beer flowing generously. Unlike the Beaujolais Nouveau evening which is the not-to-be-missed event for the people who count in Addis, the Irish Ball is mainly an expat affair. It is after all a charity event which helps support a number of Non-Governmental Organisations operating in Ethiopia, the same organisations who employ most of the expats who were at the Ball. This year, part of the proceeds went to Our Father’s kitchen, an NGO setup to provide nutritious meals to children suffering from HIV and help them assimilate better the anti-retro viral drugs (ARV) needed to better control the virus.

Living up to its reputation of a fun evening, people were again getting out of their way to secure a ticket for themselves, and with more than 600 participants this year, the ballroom of the Sheraton hotel was pretty full, maybe a bit too full as I felt this year, the momentum was lost a little too early into the night.